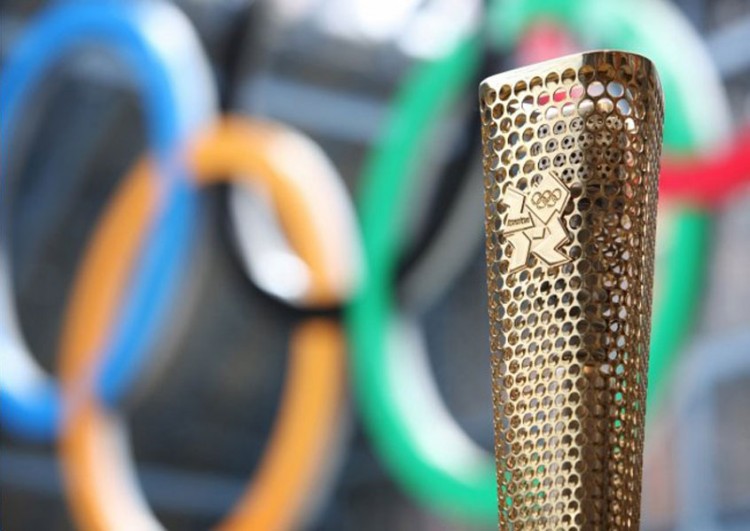 On Monday 18 June 2012 a new page will be added to Whitby’s proud history when the Olympic Torch arrives from Middlesbrough on its way to Scarborough.

The Torch arrives in North Yorkshire at 9.00 and Hinderwell is the lucky village which is the first stop in the county. It then travels five miles to Lythe by convoy (and is due to arrive at 9.14) before going on foot a further mile to Sandsend (arriving at 9.24).From Sandsend it goes by convoy to Whitby coming in at Upgang Road at 9.40. The procession then goes on foot via Chubb Hill Road, Bagdale and Langbourne Road to Whitby Railway Station.

At the Station the Olympic Flame will board the Green Knight steam engine for a footplate ride through the North York Moors National Park to Grosmont starting at 10.09, and from there it will travel by the Sir Nigel Gresley loco to Pickering Station, arriving at 11.34. It will complete its journey to Scarborough by convoy (before going on to Filey, Bridlington, Beverley and Hull).

There will be plenty of opportunities for people to see the Torch en route, and for most people in the county it will be the only chance they will ever get to be so closely involved with the Olympic Games.

When the Green Knight leaves Whitby Station it will be carrying Rooney Massara who represented Britain in the 1972 Olympics held in Munich as an oarsman. He was lucky enough to be present at the 1948 “austerity” Olympics in London just after the Second World War as a small child – so this is his third different way of experiencing the Olympics.

The North Yorkshire Moors Railway are delighted and honoured to have the unique privilege of being the only Heritage Railway in the UK to be a Torchbearer. Whitby Station and the Olympic train won’t be open to the public, though the will also be carrying 220 local schoolchildren, but the NYMR will be running other trains that day – check the NYMR website for details of trains and prices. There will be a limited amount of room for the public at Pickering Station an excellent spot for seeing the Torch) and open access along Pickering’s streets before the Olympic Flame travels by convoy to Scarborough.