Whilst visiting why not take a look into some of the interesting Whitby history that you can find all over town? One spectacular thing to do is walk the famous 199 steps (also known as the “Church Stairs”) which lead you up to St. Mary’s Church and Whitby Abbey. There are plenty of decent sized platform areas for stopping points on the way up which allow not only a breather (for the not so athletic!) but gives you a chance to take in the spectacular panoramic views of the whole of Whitby town, its lovely harbour and amazing piers.

The Anglican Parish Church of St. Mary’s is a real ‘must’ for viewing before heading on over to Whitby Abbey. The Church’s interior is mainly furnished with items from the 18th Century. The original Norman exterior dates back to around 1110, and has been altered and added to over the centuries since that time. Take a walk around the side of the Church and you’ll discover something very unusual…

On leaving the Church porch, turn left and walk round the corner. You’ll discover a plaque set within the Church wall, which is specifically dedicated to a Whitby born-and-bred couple who both lived through the most unusual and parallel coincidences…

The plaque’s most unusual inscription is shown in the picture below. 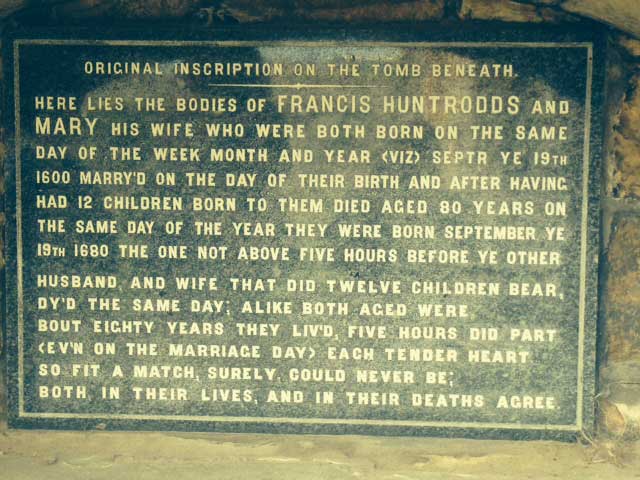 We’re sure you’ll agree that this is a really interesting piece of local Whitby history.